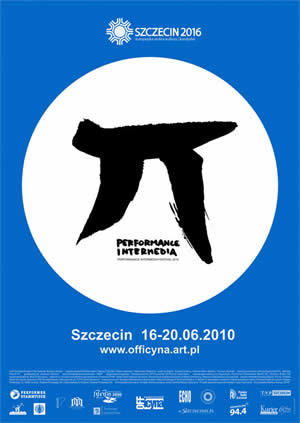 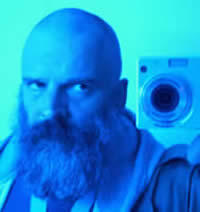 *1962. He is a performance artist, art organizer, and writer. Burmester studied Applied Theatre Studies in Gießen and in New York. While most of his collaborative work explores socio-political processes, he concentrates on notions of spirituality, reduction and narration in his recent solo works. Burmester is a founding member and curator of Performer Stammtisch (www.performerstammtisch.de), a network of live art practicioners in Berlin, he curates and hosts the bi-monthly series "Burmester und Feigl zeigen Performancekunst" at Volksbühne Berlin with Florian Feigl, and performs with Henrik Vestergaard Pedersen as the epic disco duo "Das Prinzip" (www.myspace.com/dasprinzipdasprinzip).

*1981. He graduated in Fine Arts at Camberwell College of Art and Middlesex University London. He got his MA in Culture Management at the University of Basel. Since 2008 he has been working within  public space, with events such as "Everybody Wants Gold" at the Berlin Reichstag; "Kunst ist Super" at the Art Basel; "Eat Gold" at the Royal Bank of England. He has participated in collaborative exhibitions such as “Jeune Creation” at 104 in Paris; “New Era“ at the Tina B Festival in Prague; “Gedanken-zur-revolution” in Leipzig; “Ours: Democracy in the Age of Branding” at the Vera List Center for Art and Politics in New York; “Revolution cannot be curated” at White Space in Zürich. He lives and works in Berlin and Switzerland. 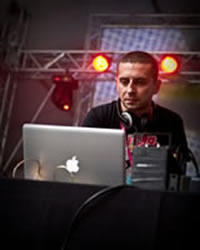 Since 1998, Mirosław Matyasik – under the name of C.H. District – has been merging traditions of industrial music with modern “intelligent electronic” productions. As a music producer, he has worked with theatre, performance and video art groups, such as Suka Off (awarded for the "Matryca-Hardware" soundtrack at Łódzkie Spotkania Teatralne 2002). Since 2002 he has been releasing records under the French label M-Tronic. He has performed at festivals all over Europe (e.g. Industrial Festival, France; Forma Nova Festival, Denmark; Torture Garden, UK) and has his music was featured on many compilations. He is one of the originators of the Nowa Muzyka Festival. www.chdistrict.com 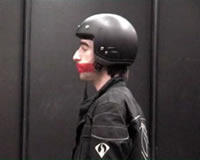 *1980 in Spain. He studied philosophy at the Universidad de Barcelona and photography at the Freie Fotoschule of Stuttgart, as well as Fine Arts at the Accademia di Belle Arti di Bologna and the Kunsthochschule Weissensee in Berlin. He works with drawing, photography, video, and performance. He has exhibited his work in Germany, Spain, Italy, Poland, the Czech Republic, Greece, and France. He is currently curator of the Extension Series, a performance art program at the Grim Museum in Berlin. He plays with the performance as a social moment and subverts its conventional structures and rules by directly provoking the audience. He uses the power of the moment to create situations that raise philosophical issues and poetical experiment which can be transposed into daily life. www.andresgaleano.eu

The performative work of Alexandra Gneissl encompasses live presentations, series of photography, and video work. Referring to the passing of real time in a specific space, she tackles complex social issues in her productions. Much of her work arises from a specific female standpoint. Alexandra Gneissl also discusses the issue of „what is the aftermath of a performance?” Apart from her own artistic activity, she organizes performance art events and festivals.

She works in performance and installation, exploring matters of time, process, and being as physically experienced by both performer and viewer. Her works range from durational performance to site-specific installation art, video, and sound. audience is a series of projects focusing on time and space, phenomena conventionally perceived in terms of absence or lack (other works deal with stillness and waiting). Rachel has presented her work, performed and taught throughout and outside of the UK. 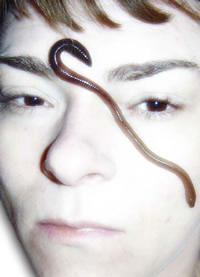 *1968, lives in Berlin and Cologne. Anja Ibsch has been actively working as an artist and curator in the areas of performance and installation since 1993. She creates intense works that explore personal, cultural and social aspects of human presence while researching the endurance and tolerance levels of her body. Frequently inspired by myths of sainthood, sacrifice and release, her work emphasizes and extends connections between her body and the earth. She has performed in Europe, Asia, and Canada. "I do performance art, because this is the only way to express, what I want to express. If I could say it in another way, it would be useless to do it any longer." 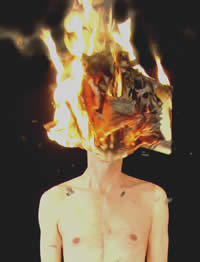 Studied fine arts at the Nicolaus Copernicus University in Toruń. Artistic acitivity includes: performance, installation art, video art, visual poetry. Organizer, curator, and participant of numerous international projects. „Performance art enables me to play with time in a fascinating way. It gives you a sense of catching it and influencing past events, modifying them, tearing them away from <<the source>>, building new configurations, and transferring them into real-life space. I seek to redefine these events, find the form and place assigned by the original idea, intuition, and carnal biology”.

His domain is movies, photography, slide and video projections, and above all – merging these disciplines when implementing set design, installations and multimedia projections, performance, and visuals for concerts, theatre, artistic events and festivals. He has carried out, on his own and in cooperation with other artists, several dozen projects of various nature – from experimental artistic projects to large commercial productions. He holds multimedia workshops for children and youth, and cooperates with DJs as a VJ. 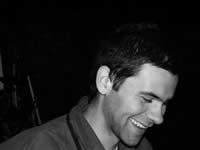 *1981. He is no artist, or at least he doesn't like to call himself one. He is familiar with the milieu but doesn't identify with it. The purpose of his work is creating and exchange of information in communication processes that occur between ordinary people. He explores this area on each and every level of his work: performance art, installation art, critique, theory, and design. www.lukasievic.eu
Karolina Śmiech PL 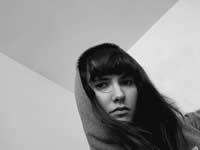 *1983. A graduate of the psychology department at the Cardinal Stefan Wyszyński University in Warsaw. Life partner of Bartosz Łukasiewicz and the only woman able to put up with him on a daily basis (apart from their daughter, Hania). Her participation in the ? festival is her artistic debut
Nieżytboy PL

Nieżytboy (Maciej Cybulski) is closely connected with the heaviest and the abstract forms of electronic music as an artist, event organizer, publisher, and journalist. An advocate of D.I.Y. and staunch opponent of the old, anachronistic order regarding copyright law, and the present-day remains of Soviet mentality. Since 2008 he has been active within the ranks of the OFFicyna Association. A graduate of political science and media expert. Tags: mpe front, audioautopsja, turn it off recordz, subeclectic records, coredukacja, rombanka sound system.
Zbigniew Oleszyński PL

The viciousness of fate.
Human emotion.
Their arrangement: enchants? Fascinates?
ZBIGNIEW OLESZYŃSKI – an artist.
Observes reality.
On occasion, creates items which become a tiny element of this reality.
A ticket to ”Mój tramwaj” will be one of them.
Irene Pascual ES

*1976. Coming from a multidisciplinary background Irene Pascual’s work faces the crossovers and the contradictions of the different languages: body, new media, visual arts, object, concept and theory. She is founder and part of the Berlin based performance group Invalid Address. Currently, Pascual is organizing a Performance and Videoart Festival in Werkstatt der Kulturen / Berlin and co-organizing the European Live Art Archive (ELAA) project.
Andrzej Pawełczyk PL 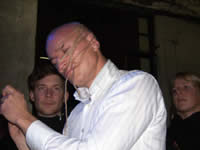 *1964. Graduated at the Academy of Fine Arts in Łódź in 1992. A performance artist, architect, curator and organizer of artistic events. In his Art he touches upon issues regarding identity and social functions of art on a cultural borderline.
Johannes Lothar Schröder DE

His research refers to art-history and visual arts. His main area of work is the recycling of a vast archive comprised of objects, performance, and installations modelled on 'Relic-Lounge.' The prototypes have been realized during the last decade at www.performance-festival.de in Salzau, leading to 'Architexture' (PR, Vol. 11, No.3). He is co-editor of the 'journal oriental' (www.amokkoma.eu) and has written on artists such as Umberto Boccioni, Paul McCarthy and Tatsumi Orimoto. He is a member of PSi (Performance Studies International) and board member of Einstellungsraum (www.einstellungsraum.de) in Hamburg.
Natalia Szostak PL/US 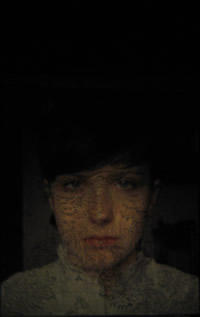 The constant shift in her geographical location as well as the separation from her native roots have compelled her to explore the themes of origin and identity through the visual media.
*1980, Szczecin. She earned a BA in painting and drawing at San Francisco State University in 2007, and two years later won the Emerging Artist Special Award at the International Art competition held by X-Power Gallery in Los Angeles. She currently lives in Szczecin and New York. Her work includes painting, photography, video, and various mixed media. It has been shown in San Francisco, Seattle, New York and London. www.nataliaszostak.com
Anke Trojan DE

*1981. She has been working as a freelance filmmaker and editor since 2005. She studied at Middlesex University for a BA in Fine Arts. Anke Trojan is currently enrolled in the MA media design programme at the Bauhaus University in Weimar. She is also a video-activist, taking part in street art interventions, documenting and interviewing the public, seizing the moment of interaction and the given situation's specificity.
Bartosz Wójcik PL 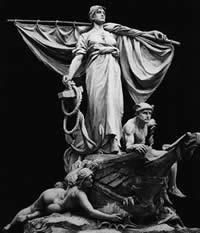 Author of ideas. Chief and curator of place of art OFFicyna in Szczecin. Has held presentations in Poland, Bosnia and Herzegovina, Germany, Austria, Mexico, the Czech Republic, Denmark, France, and Italy. Deals with issues of paradoxes regarding civilization, culture, and identity. He creates anti-artistic frames for artistic projects whose final form is shaped by others, mostly non-artists. At present, he is reconstructing the old-Szczecin cult of Sedina.
Zombie PL 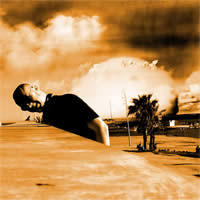 Boris Šribar
“The cycle”
“I love you so much, I would kill for you”
www.borissribar.webs.com Doris Neidl
“I am and I am not”
“Green”
“Doznani”
“If this is a man”
www.dorisneidl.com